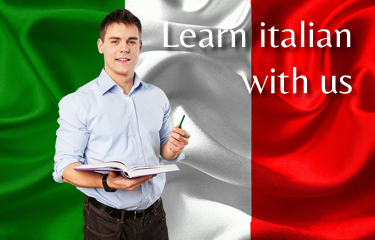 Time to Harvest the grapes 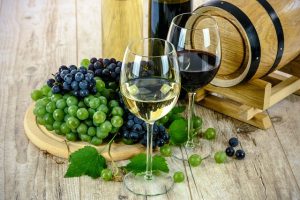 When I think about this time of year in Italy growing up my initial memory is the smell of fresh wine all over my home town.   It’s a nice memory because I always equated school with grapes.  When I was young school didn’t start in September like the USA it started Oct.1,  the same time as wine making.

Aglianico del Vulture is believed to be introduced by the Greeks in the 7th or 6th century BC. Remains of a wine press in the Roman age have 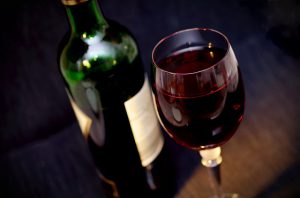 been found in the area of Rionero in Vulture thus proving the ancient history of winemaking in this region. In the 15th century vineyards covered the slopes of Mount Vulture. Wine cellars were often excavated in caves there, and many prestigious wineries still use these cellars in the old caves today. 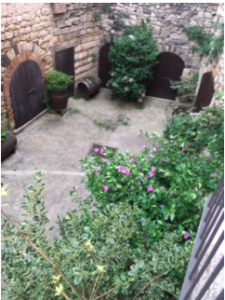 I remember there were always rose bushes along with the grape vines in the vineyards.  This was how we would keep the grapevines safe.  If there was a disease coming to the plants it would hit the rose bush before the grape vines so they would know to treat the vines before it was too late.

The day to harvest grapes was a loooong day.   The adults started at 5:00am and would work until late into the night.   The kids would go to school and then join in to help later.   When I was growing up there were no machines to cut the grape clusters off the vines, we would do it all by hand.  The whole process of harvesting the grapes is called Vendemmia, which means the harvest.  Then the streets in the town would be lined with trucks bringing grapes in from the countryside.

The first thing they would do when they got back was to dump the grapes in big huge container and let them sit there for awhile.   This was located in the cantina or wine cellar, which every house had.  It was a cool place in the house used to store the wine, jarred tomatoes and other jarred items and sometimes dried sausages and prosciutto.

Then next it was time to crush the grapes. Back in the old days this process was done with their feet  and was called pigatoura.   But while I was growing up we used a press.

The first wine that comes out of the press is called the Mosto. This was the juice that was saved and used for other recipes and also added back into the wine if the winemaker thought that it needed it.

We would put the grapes through the wine press at least three times, removing the stems as we went by hand.   After that the juice would be put in a huge vat and ferment for 1 day to a week, this is when it would turn into alcohol.  The winemaker would check the sugar level and know when it was time to put it into the wooden barrels also in the cantina to be stored until the wine was ready.

In the early days of the wine it is very strong and you can get drunk very easily.  But there are no sulfites added to the wine which is why you can drink it and not wakeup with a headache the next morning.

Lastly on Nov. 11 it was time to try the  “novello” wine (new wine) on the Feast of  San Martino. There is an old Italian saying that says  “A San Martino ogni mosto diventa vino” which means On S. Martin’s day, each must become wine.

I also remember my favorite wine being  Vino fragole, strawberry wine.  Growing up I always thought it meant the wine was made from strawberries but later I found it is a type of grape called uva fragole.

There are some delicious recipes to make from the wine.  In Tuscany they make vino santo which is a sweet dessert wine that you can dip  cookies into.

I also remember my favorite wine being  Vino fragole, strawberry wine.  Growing up I always thought it meant the wine was made from strawberries but later I found it is a type of grape called uva fragole.

There are some delicious recipes to make from the wine.  In Tuscany they make vino santo which is a sweet dessert wine that you can dip  cookies into.

In the south and my region we make vincotto, which literally means cooked wine.  It is the unfermented fruit and skins of the mosco.  Here are some recipes with vincotto that you may like to try.  Chin chin!